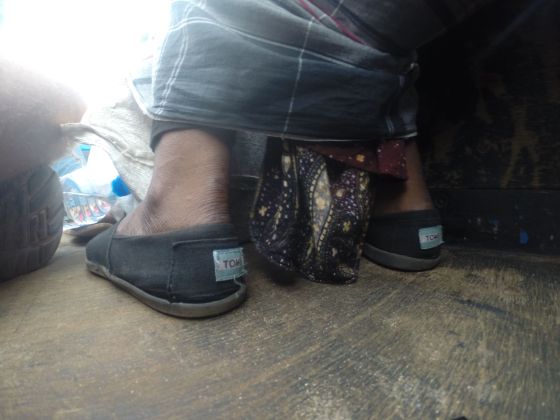 On one of my recent trips, as I was riding on the back of a ‘My Love’ chapa, I happened to spot something. It wasn’t a monkey, an elephant, or a lion; it was a pair of TOMS. Seeing these shoes was an equally “I’m in Africa” moment. After snapping a picture, I whipped my head around to see my friend and let out a loud, “This lady is wearing TOMS!”. Everyone in the bed of the truck turned and starred, but fortunately Mozambicans don’t speak English – usually. My friend brushed off my comment as if it had no effect on him; honestly it should not have had any effect on either of us. Nonetheless I stood up in the bed of the tuck with a grin from ear to ear for the rest of the ride.

It’s not that I did not believe the one-for-one (give one item for every one item sold) program worked, but it was different seeing the results in person. It was one of those eye opening moments, but while I was admiring the shoes, I noticed something.

Donated TOMS are different than TOMS sold at the local mall; they have a thicker sole and are overall more durable. Although not a TOMS aficionado, I didn’t think I had been away for long enough for TOMS to change its product and already have it shipped over to Africa, so I poked around to see what I could find.

Turns out my eyes did not deceive me. TOMS at first donated the same shoes currently sold in America to children in South America, but the owner realized the shoes were wearing away fast. A change was sparked, and TOMS began to donate a new shoe throughout the world. Today, TOMS has expanded its one-for-one program to glasses as well; the company operates in over 70 countries throughout the world today.

The idea of giving has continued to spread as Warby Parkey, One World Futbol Project, BoGoLight, and many others have begun to adopt their own one-for-one program.

As I reflect on these programs, I remember not being much of a TOMS guy when I was in the States, but with this experience comes new perspective. These new perspectives shine a light on a whole new world. After all this is Africa.

Feel like checking out a little more about TOMS? Check it out here. 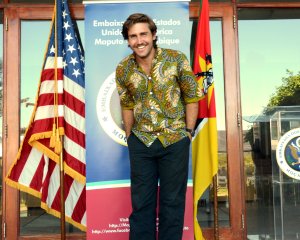 Thomas O. Isom is a Peace Corps Volunteer in Mozambique. Questions? Contact him at tisom92@gmail.com